His name is Mathieu Amazan, but in the music industry he is known as
BLACK 45 KING, the artist who since 2008 demonstrated strength and potential
of an independent product achieving success until then without
precedents in the history of urban gender.

Born In Haïti Province General Hospital In 1989, BLACK 45 KING grows in
a musical environment provided by his Friend, Nipo809, who then
integrated the well-known group «Lords Maffia». BLACK 45 KING adopts the
music as its natural setting, assimilating different musical styles in
(Dancehall) but with a clear and forceful vision of the project you want
develop.

From an early age the music caught his attention but although he wrote some verses, he never made any attempt, until the Dominican artist «NIPO809″ served as inspiration to see him Presenting himself in an activity on the channel 5 telemicro route and receiving attention from the public. This was the spark that ignited his desire for music. He continued writing, Now with more motivation and presented his songs to his friends, Those who showed interest in his talent. His presentations began by singing music by his favorite artist Daddy Yankee, but over time and practice he decided to launch when he felt ready. It is here when he decides to knock on the door of the recording studio of (Notable Prod,) to produce his first song called »Bola De Grasa Ft. El Alfa El Jefe» And with it, he managed to take a firm step, penetrating the taste of the sector.

As time went by, the height of his first track began to go down and then he decided to release his second track ` Tamo en lokera » Ft. Chimbala, being here when he began his sound at the Black 45 King level. After this hit, proposals from different musical companies began to arrive and despite having worked with some, he failed to further elevate his career. Ya yara 2012 / between 2018 launches several songs «La madan Ft. El Jou-c» «Produced by Ch» en viajero music» Same as other topics «Ponteme de espalda» «En la calle en para» «Kialaki» «Rap dominic & haiti» «Tamo haciendo dinero» «No bulla No cotorra» «Amor De Lejos» «Nome Dejes Solo» «Pasame La vaina» »El Bacilon» »My Baby» ‘Whatsapp» «Chapa Grande Ft. Gdolph» «Ninguna me chapean» and more»’ And his most recent overwhelming hit called «Si te vas» Prod. By San2bal.

At a time when the music industry is reinventing itself, Black 45 King continues its avant-garde vision as a businessman who owns the rights to his repertoire and his own record label. King’s approach has revolutionized the way music is marketed, promoted and distributed, and his business model has served as a model for countless artistic companies that now lead their business.

To his achievements in the world of legocios is added ‘Ayiti Records, Inc. a division of Ayiti Music Group, LLC.» His publishing house repeatedly awarded the Ayiti Music Publishing Group, LLC. His fragrance for men and women, and a musical, film and more production company.

But the influence of Black 45 King goes beyond creative trends and business, it also addresses social responsibility through support for just causes such as “Black 45 King Foundation” which supports children, girls, men, and women, Orphans in the Republique D’haiti.

Currently »Ayiti Records, Inc. a division of Ayiti Music Group, LLC.» The song» Si te vas «is working, which is part of his artistic package on his most recent promotional tour of the same theme he is doing in local media with a view to promoting himself abroad.
Thanks God. 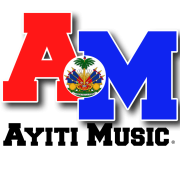